About: Mr. Doran is a native Mainer and has significant ties to the forest products industry in Maine. Since returning to Maine in 1999, he has cultivated his passion for timber both professionally and personally.  He is a member of the Small Woodland Owners Association of Maine he has owned two woodlots that have been recognized by the American Tree Farm System.  He has also had a unique opportunity to serve in several positions with a diverse set of organizations, both public and private, in Washington, DC and here in Central Maine where logging was a topic of his work on various occasions.

From 1998-1999, Mr. Doran worked as a political appointee for then President William Clinton in the United States Department of Labor. From 1999-2001, he served Governor Angus King as Assistant Commissioner of Public Affairs for the Maine Department of Labor. In 2001, Mr. Doran joined Central Maine Power Company as their Director of Business Development, acting in this capacity until 2003. From 2003-07, Mr. Doran taught social studies and coached varsity basketball at Gardiner Area High School.  His most recent position was as Director of Energy and Paper Programs at Kennebec Valley Community College in Fairfield, Maine.  Mr. Doran held this position since 2010 and also served as Director of Resource Development for the college from 2007-10.

Mr. Doran is a 1996 graduate of Lafayette College, Easton, Pennsylvania, where he earned a B.A. in History/Government and Law. He was awarded an M.P.A. with a focus on Public Administration from the University of Connecticut in 1998. He and his family currently reside in Belgrade, Maine.

About:  Ms. Clark has more than 12 years of business experience owning and managing several successful franchise locations throughout the Central Maine area. She has also spent over ten years with the Gardiner Main Street program Board of Directors.
Ms. Clark is a 2002 graduate of Thomas College, where she earned a B.S. in Finance and Economics. She was also awarded an M.B.A. in Finance and Economics from Thomas College in 2003.
Ms. Clark has an extensive understanding of the logging industry as a result of family ties to the profession. 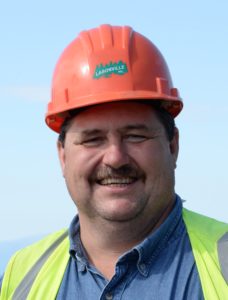 About: Donald Burr was hired in the Spring of 2018 as the new PLC Safety & Training Coordinator. Don has more than 20 years experience as a logger, primarily as a feller buncher operator for Madden Timberlands. He also has extensive experience supervising crews and working with landowners and their foresters. He has assisted in safety training instruction, and program development. Don is also Fire Chief in Greenbush, a 1 & 2 / EMT B with 25+ years of experience, who started out as a firefighter and then spent ten years as the training officer, before becoming Chief. For the last two years Don has also served as lead instructor and coordinator for the Mechanized Logging Operations Program – a partnership between the PLC, industry, and the Maine Community College System – a role he will continue. 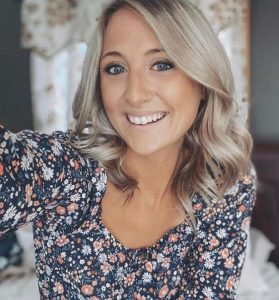 About: Vanessa Tillson joined our staff as the PLC’s new Office Coordinator in December 2021.

Vanessa is a resident of Sidney and she has a strong background in the logging and trucking industry.

As Office Coordinator, Vanessa is coordinating the daily administrative affairs of the PLC and working closely with PLC Membership Services Coordinator Jessica Clark and PLC Executive Director Dana Doran. Her resume includes working as a CNA (certified nursing assistant), as a behavioral tech in RSU 18 and working as the Office Administrator for Laney Chiropractic Clinic in Augusta.